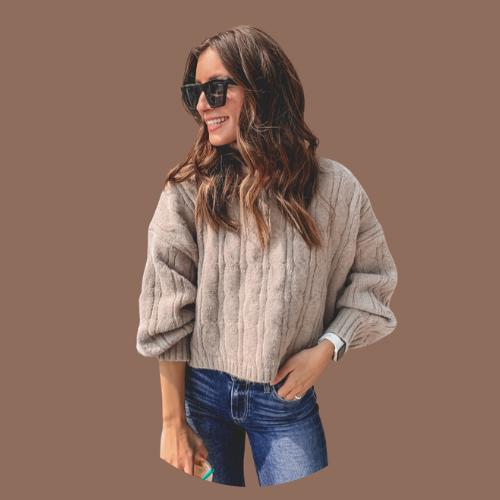 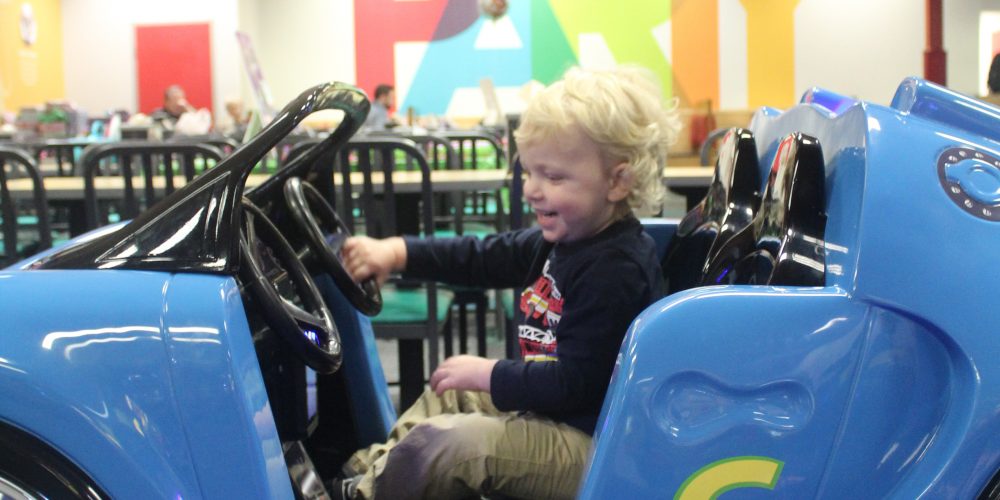 This post is sponsored, but all thoughts and opinions are my own.

When I was a kid, I remember going to a few birthday parties at Chuck E. Cheese’s. It was like the ultimate birthday spot for a kid: pizza, games, and prizes. So the other day when I was invited to attend a grand re-opening at a Chuck E. Cheese’s, I knew we had to take Henry. I mean, it had probably been over 25 years since I stepped foot in one. I had to see how the remodel looked!

Chuck E. Cheese’s recently partnered with San Francisco based design firm, Tesser, to completely remodel their Kansas City-based flagship locations with a focus on fresh food and fun for the whole family. In short, they made the restaurants a whole lot more parent-friendly AND pretty! When we visited, I immediately noticed how up-to-date everything (including the games) looked. The restaurant features warm wood, neutral tones, and streamlined graphics – so much more calm and inviting than the Chuck E. Cheese’s of my childhood! 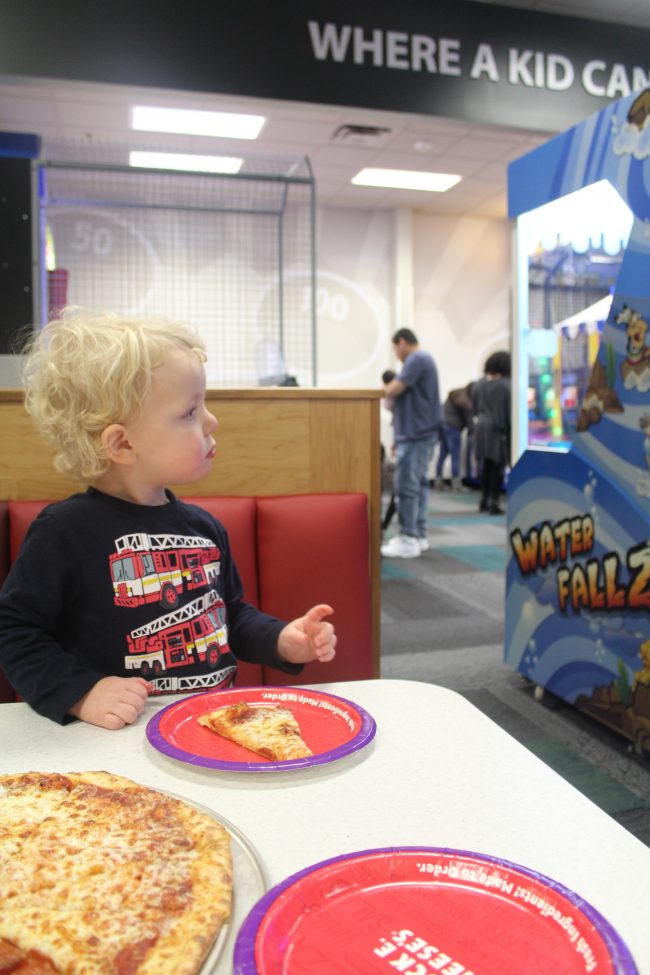 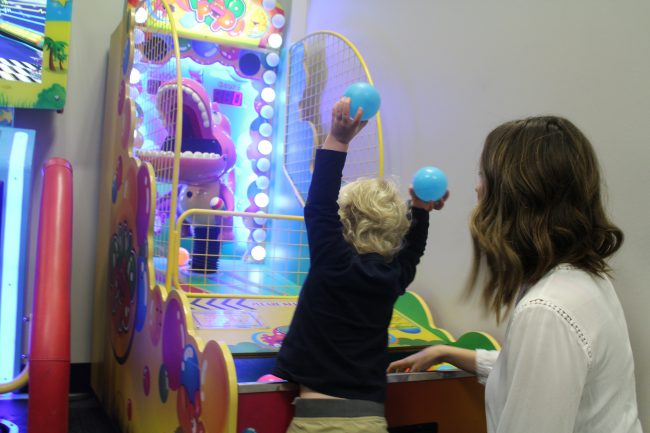 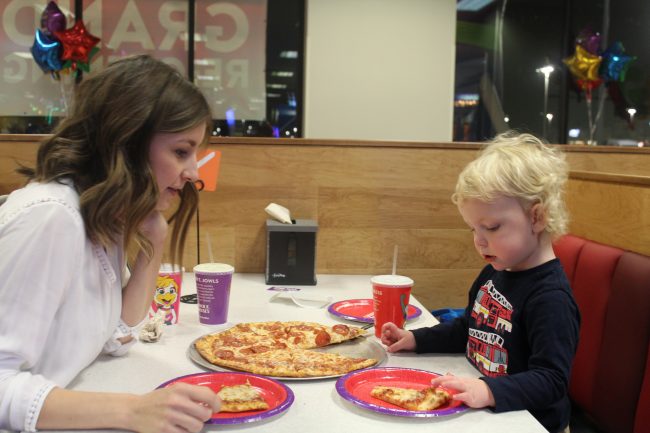 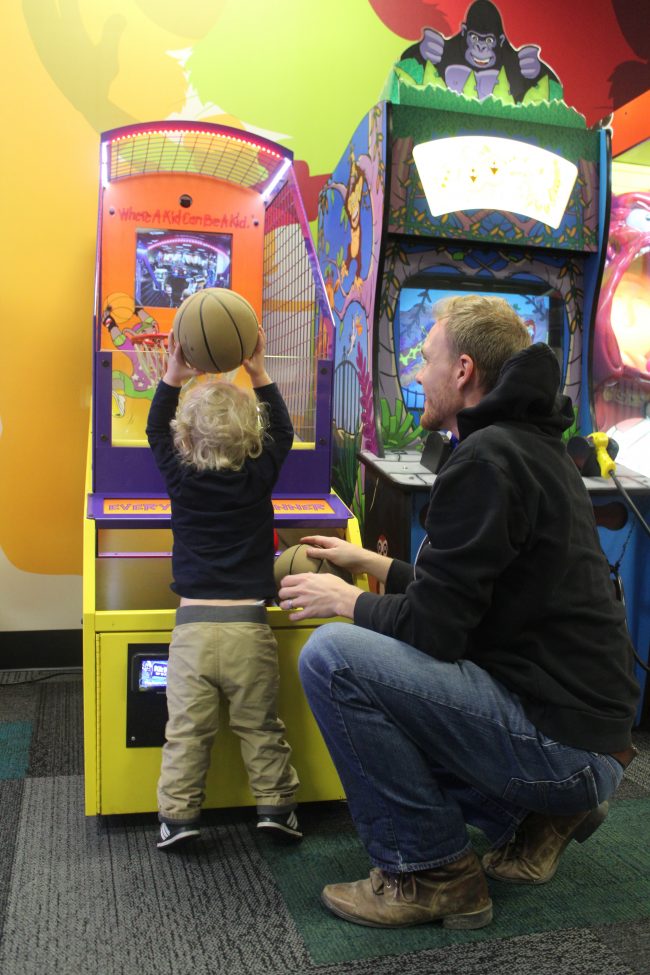 Henry had not ever been to the restaurant, so we were really excited to see his reaction. I mean, it was a part of both mine and my husband’s childhood, and plus there’s just something so cool about seeing your child experience something for the first time. I was a little concerned that he would be too young to play the games (he’s only two) but was pleasantly surprised – we helped him with the games intended for “older” kids but there was also a section of toys and games that are for younger kids. It was perfect! 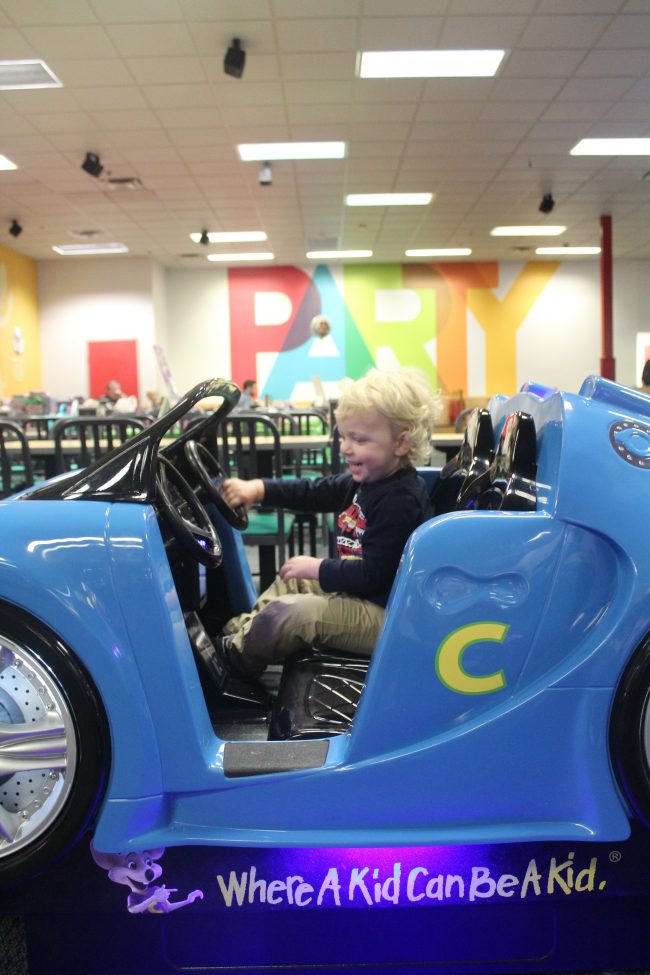 My favorite part of the restaurant: the light up dance floor. Remember how Chuck E. Cheese’s used to have those mechanical characters on a stage? The curtain would open and they would put on a show during birthday parties…that was what I remembered most about going as a kid! They have done away with those in the coolest way possible: every hour (and also during birthday parties), there’s a live show on the dance floor where the kids can join in and dance. Henry was a little too shy to actually join in, but it was really cute! The dance floor is interactive too – it lights up in the places you move your feet. I mean…so cool right? ;) 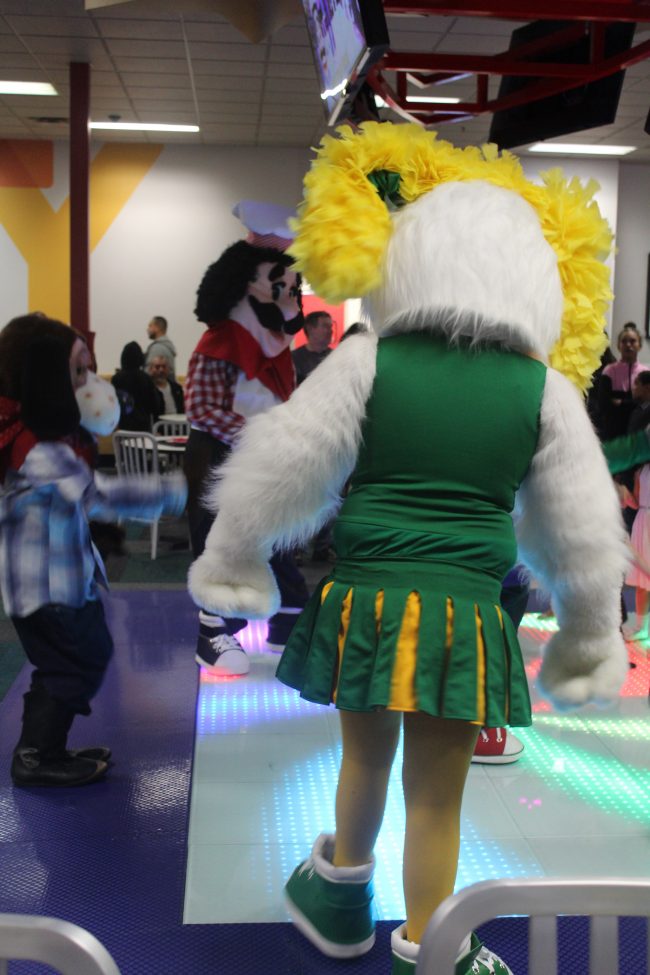 I’m not joking when I say that Brandon was thinking about what kind of prize he was going to help Henry pick out 24 hours before we even went to Chuck E. Cheese’s. In the end, they settled on a giant superhero coloring book with about a million stickers. Good choice, boys. ;) 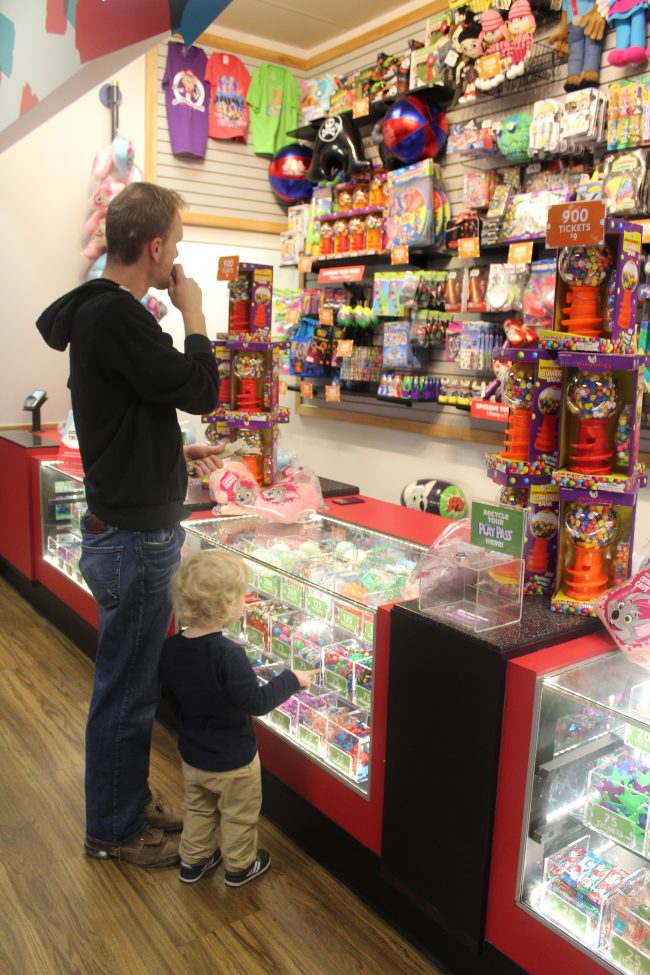 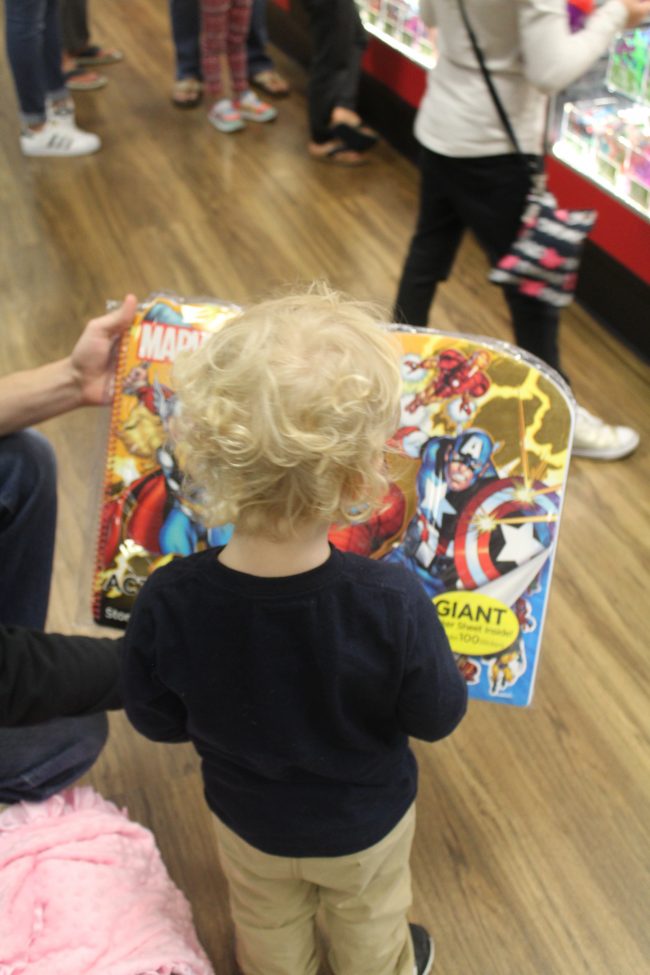 If you live in the KC area and have kiddos, I definitely recommend checking out one of the newly remodeled Chuck E. Cheese’s locations! If you remember going as a child, it will be even more fun to see how things have changed (plus there’s pizza, so what more could you want?).

This is a sponsored conversation written by me on behalf of Chuck E. Cheese’s. The opinions and text are all mine.

Keeping our Home Safe with The Door Guardian 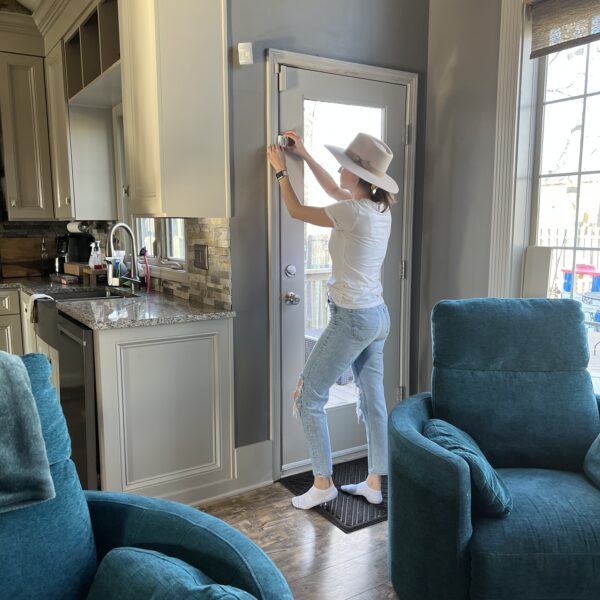 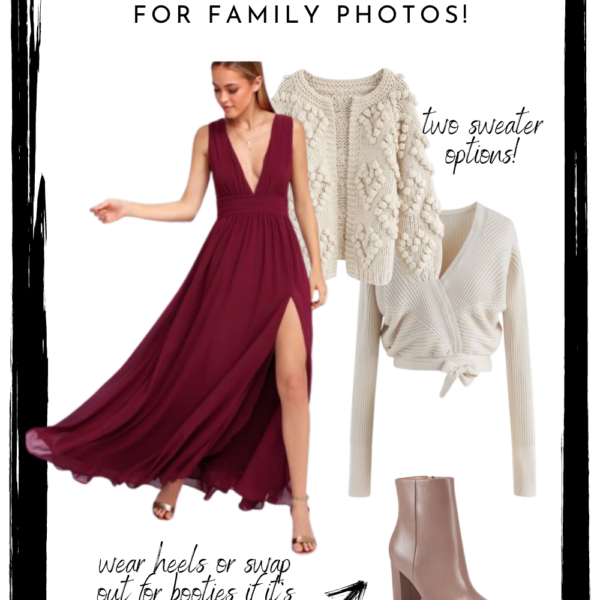 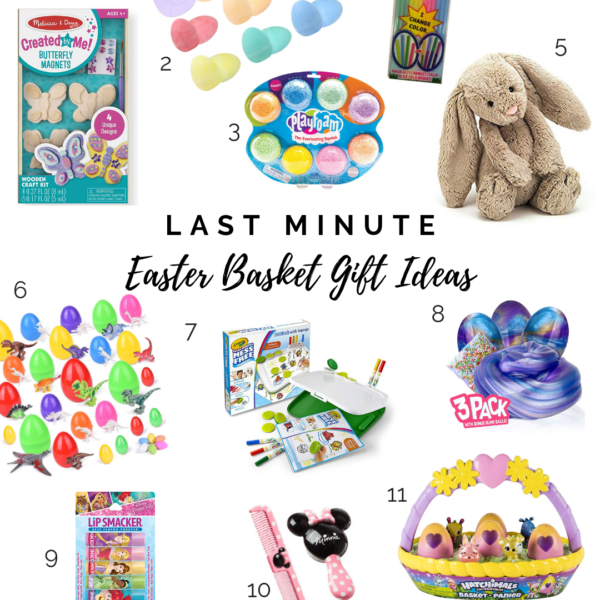 ← The Best of Hearth and Hand
Holiday Gift Guide – For Her →